Rey from The Force Awakens is one of the best movie characters of recent years. Let’s be honest, the hair on the back of your neck was standing on end when she opened the lightsaber chest. You were cheering out loud for her when she finally claimed the Luke’s lightsaber and fought Kylo Ren. And at the end, when her lips were trembling as she reached out for Luke’s help, your heart was bursting and you were thinking, “Please, Luke, she needs you.”

Because Rey perfectly follows the rules on character design, the rules by which writers and directors get inside your brain and make you fall in love with their characters.

Good writers and actors know how to create a strong character. There are whole online writing classes dedicated to teaching the science of making good characters. It’s not just by luck that writers, actors and directors make us fall in love with their characters. It’s science.

Character design is one of the most important parts of any movie, and a lot more important in a movie than in a book. In a book the minute you meet the character you’re involved with their story. But in a movie you see posters and trailers of characters long before you discover their story. So, knowing how to create visual interest is essential.

Obviously, Daisy Ridley is insanely cute so the second you see Rey you’re immediately interested in her. But character design goes far beyond good looks.

Rey’s visual design says so much about her character. That minimalist dress is clearly Jedi-like, and it also makes her look humble and down to Earth, not some super-woman but a real human being, one who’s lived a life, as the stains down her top make clear.

And then there’s Rey’s weapon, her staff. Boy does that look a lot like a double-lightsaber. Is she going to go Darth-Maul on us? And what exactly is her background in the Jedi arts, or in fighting? Just by holding that staff we instantly start to ask questions about Rey.

One of the most important things a writer and director can do is to create immediate interest in a character. If we’re not interested in a character the moment we meet them, we’re just going to tune them out. No matter how good the rest of the story is, if our first meeting with a character isn’t good, we won’t bother continuing.

Rey immediately captures our interest. When we meet her she’s abseiling down the inside of a Star Destroyer. Not only is that ass-kickingly cool, but it also fires up our imaginations. Why’s she in the Star Destroyer? And how will that abseiling skill become relevant later on, when we get into the real conflict of the story?

Rey immediately makes us ask questions about her. She sparks our imaginations. And we immediately want to know what happens to her.

Take a look at your favourite sci-fi or fantasy character. There’s a really good chance that they sacrifice themselves for other people or other characters.

Story theorists believe that self sacrifice is the easiest way to make people love a character. That’s why Katniss takes her sister’s place in The Hunger Games. It’s why Obi Wan sacrifices himself in A New Hope. It’s why Harry Potter lets himself be killed in The Deathly Hallows. The list goes on.

People love those who sacrifice themselves. That’s precisely why Rey sacrifices herself for BB8. When BB8 is stuck in Teedo’s net and calling out for help, Rey comes to the rescue.

It’s a rescue made even more important by the fact that BB8 means noting to Rey at that point. It’s one thing to risk your neck for a family member, like Katniss, but to risk your neck to save someone you don’t even know? Now that’s a real hero.

And after Rey has risked herself for BB8 she refuses to sell him even though she’d make enough portions to feed herself for months.

People love self sacrifice. When a character like Rey sacrifices herself for someone else’s benefit, we can’t help but admire them (and that, incidentally, is precisely why Han sacrifices himself in an attempt to save Kylo Ren)

One of the ways writers and directors make you love their characters is by making them similar to you. They do this by using universal themes, like leaving home and going through a breakup, stuff we’ve all experienced at some time.

Think about your favorite movie characters. Odds are they represent you in some way. Sure, we might not be heroes and we might not have to fight galactic empires, but in the underlying story themes we do see reflections of ourselves.

Rey’s flight from Jackoo reminds us all of leaving home. We’ve all had that fight, as teenagers, when we want to stay home but also want to leave, and we’re torn in two. In truth, every teenager who heads off to university feels a mixture of both excitement and worry. But eventually we simply have to go, as Rey does. But once we’ve left, part of us misses home, even if home is a “desolate place”.

And once Rey leaves she feel she has to return home. She struggles to fit into the wider world. And all the while she’s learning about herself, part of her just wants to be back on Jackoo waiting for her family.

Rey misses home like we all miss home. We all wish, from time to time, that we could go back, don’t we? Heck, being 3000 miles away from own home I’d do anything to go back and snuggle our family cat (don’t worry, she’s still being looked after!). I can totally empathise with Rey’s internal struggle.

There are some character traits that are used time and time again because they’re so powerful. Character traits like bravery, self sacrifice, perseverance, and forgiveness make people love characters. Admit it, anytime you see a character who forgives another character for their shortcomings, you think to yourself “Why can’t more people be like that?”

When Rey forgives Finn for lying to her about being a stormtrooper, she immediately forgives him and still asks him to stay with her. If only more people were as forgiving as Rey. But sadly, except for your best friend, most people really aren’t all that forgiving.

If JJ Abrams were an average film director he would have made Rey too powerful at the beginning. Think about the last cliché action movie you saw. Odds are it included a character who was powerful from the beginning, a character you never got to see growing stronger. It’s like they were just born superior to the rest of us.

Rey is no superwoman. When we meet her she’s a fairly average fighter. Okay, so she drops a couple of thug on Jackoo, but they those characters were only minor. When Rey faces a serious threat, Kylo Ren, at first she’s far too weak to challenge him. He gets her in a Force Choke and could easily decapitate her if he wanted to. And it isn’t until later that Rey begins to grow a little stronger.

Why does that matter? Because it’s impossible for anyone to appreciate the skills of a character unless they saw them earn those skills through fighting. When a character is too strong at the beginning they just come out as a cardboard cut-out action figure.

By being kinda weak at the beginning, we get to see Rey grow into her strength. By the time she becomes a Jedi, we feel like we’ve been through the battle with her, we’ve seen her level up, ike your favorite RPG character.

Whenever you know too much about a character you often grow bored. There’s nothing left to discover. That’s why smart writers and directors include secrets, usually in the form of a backstory.

Rey’s backstory revolves around her family and her relationship to the other Jedi. Is she related to Obi-Wan? Wll she ever see her family again? Why did they leave? Will she end up rescuing them from wherever they are?

Rey’s mysterious backstory is one of the main reasons why The Force Awakens was watched so much after it was released.  We all hopped on social media, shared our theories, and discussed Rey’s backstory. And now we can’t wait to watch Star Wars Episode VIII to find out more.

Every one of Rey’s scenes in The Force Awakens shows how fragile she is. She starts off struggling to survive on the desolate planet Jackoo. She have to scavenge just to be able to eat. Then she has to flee, but she’s never flown the Millenium Falcoln before so even that is a threat to her. Next up she learns that her only friend in the galaxy, Finn, has been lying to her. Then she gets in a fight with Kylo Ren that she has no hope of winning. And in the second fight she only survives because Kylo Ren is injured. And finally, she ends up pleading with Luke Skywalker for help because she’s feels so powerless being all alone.

Rey is vulnerable and fragile all the way through. And that’s a damn good thing. Why?

Whenever a character is too powerful we stop caring, because we know that they’re going to win the fight, so what’s the point in watching? Rey, however, is a complete underdog. And everyone loves underdogs. Everyone cheers for underdogs because we can see that they need help. That’s as true for movie characters as it is for sports teams. We just love underdogs.

Vulnerable characters like Rey grab at our heartstrings. We want them to pull through, to succeed, and we genuinely worry that they might not be up to the challenge.

By being vulnerable, Rey becomes human, and we care for her far more than we’d ever care for a muscle-clad superhero.

Rey is one of the best characters of the past decade. She’s immediately become an icon. And she’s become so popular because JJ Abrams and screenwriter Lawrence Kasdan have followed every major rule on how to create a damn good character.

Are you a fan of Rey? What do you love about her character? What are you looking forward to seeing in Episode VIII? Leave a comment. 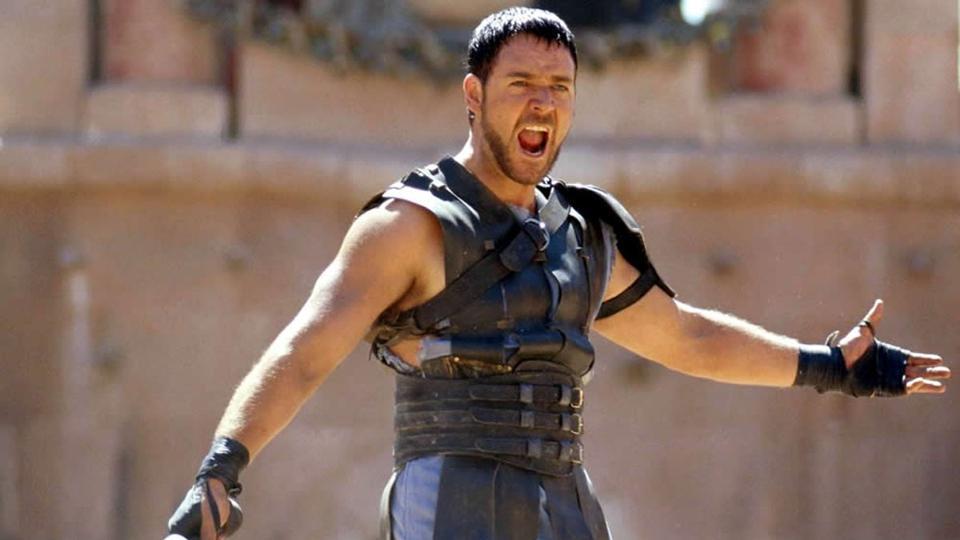 What are your favorite inspirational movie clips of all time? There are some inspiring clips from the movies that just get you right in your soul. We’re talking the best movies clips ever. Inspirational scenes Read more…

The Best Life Simulation Games Of All Time

Finally, The Truth Behind The Last Jedi Is Explained